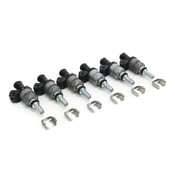 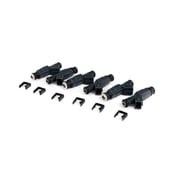 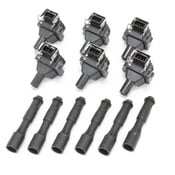 In 1996, BMW started to produce their first mass market roadster when they introduced the BMW Z3. The Z3, which was designed from the E36 platform was also the first new BMW model to be assembled in the United States (Greer, South Carolina). The James Bond Golden Eye movie released in 1996 even featured the sleek new Z3. BMW then launched a campaign while the movie was number one in the box office and saw a tremendous increase in sales. After one year of production, BMW quickly added another motor to appease its enthusiastic customers. In addition to the 1.9L 4 cylinder, they introduced the 2.8L straight 6 cylinder, boosting its horsepower from 138hp to 189hp. Then, in 1998 BMW followed it up with the BMW Z3 M Roadster featuring a 3.2L inline 6 cylinder that pumped out 240hp. Quickly, the awards started racking up, such as Edmund's 'Most Wanted Vehicle of the Year' in 1999 and Car and Driver magazine's 'Ten Best List' for 1999 just to name a few.

FCP Euro wants to help you keep your BMW in tip-top shape! All cars need repairs and maintenance sooner or later. FCP Euro offers BMW Z3 original parts as well as quality aftermarket BMW Z3 parts. No matter what BMW parts your checking out as you scroll through our BMW Z3 parts catalog you'll have the reassurance of knowing that all the BMW Z3 parts you see are backed by a one year warranty. FCP does not sacrifice quality and guarantees fitment on all of its parts for your satisfaction. You can trust us, and if you have any questions you can contact our friendly, knowledgeable staff and they would be happy to assist you.