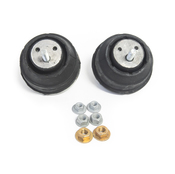 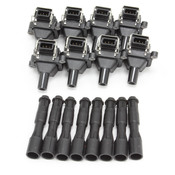 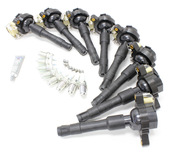 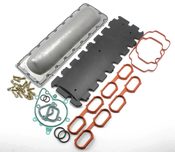 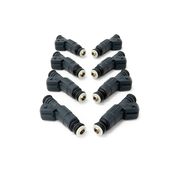 The 840Ci is a car from BMWs exotic 8 series that was produced from 1993-1999, although it was only available to the North American market for the 1994 through 1997 model years. Over the entire production run a total of 7,803 840Ci models were made out of which 2,450 were sold in North America. With their unique awe inspiring styling and supercar performance, the BMW 8 series were very desirable cars during the 1990s and still are today. The BMW 840Ci was the entry level model of the 8 series, sporting either a 4.0L or 4.4L V8 engine (the change took place mid 1995), and although it was the only 8 series without a V12 engine, it still produced just under 300 horsepower which isnt too shabby even by todays standards. Although the 840Ci was a real sports car, it retained the luxury and class you would expect from a BMW. The 8 series, which has since become a collector car, is a classic example of a timeless BMW that will always be remembered.

Here at FCP it is our goal to help you keep your car on the road for many years of future enjoyment. If you own an 8 series you already know how special your car is, and how important it is to take care of it. The next time you find yourself looking for BMW 840Ci parts, be sure to trust FCP to supply you with the parts you need to keep your car performing like new. Weve got the parts for everything from basic preventative maintenance to a suspension overhaul. Our BMW 840Ci catalog has a large variety of both 840Ci original parts and aftermarket parts available.