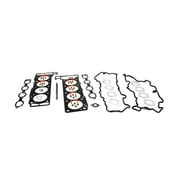 The Mercedes-Benz G500 is an extremely capable off-road SUV that was introduced to the American market in 2001 as a 2002 model year. The G-Class has been around since 1979 but had never been sold here by Mercedes-Benz until 2001, although a small number of them had been privately imported by enthusiasts over the years. The G500 was the only model chosen by Mercedes-Benz to be sold in the US. With its V8 engine and more luxurious features it was considered to be the model best suited for power-hungry and luxury-seeking Americans. In Europe the G500 was first introduced for a short run in 1993 and 1994 but wasnt seen again until 1998 when it resumed production. At the same time the G500 was introduced to the US it also received a slight restyling that included new alloy wheels, a chrome grille, body colored bumpers, and a more luxurious interior. That year was the first to introduce the ESP electronic stability control, brake assist and the 4ETS traction control system to G-Class models. The G-Class is an extremely capable, and durable vehicle and is still used for its original military-use purpose by many countries around the world today. In 2006, a stock G500 was driven through Siberia, the worlds coldest region, for nearly 19,000 kilometers (about 11,800 miles) during winter in temperatures as low as √¢‚Ç¨‚Äú63√ã≈° F by a filmmaker as part of a documentary, and he suffered not one breakdown. Without a doubt, the G-Class has proven itself time and time again to be an incredible, well-built vehicle, a real symbol of Mercedes engineering.

Here at FCP Euro we are proud to offer you a selection of quality Mercedes-Benz G500 parts to help you keep your vehicle running smoothly for years of future use. Whether youre looking for parts for basic routine maintenance or parts for mechanical repairs, G500 original parts or cheaper aftermarket parts, our Mercedes-Benz G500 catalog has the parts you need to help get the job done. Our Mercedes parts, along with all of our European car parts, are covered by a quality and fitment guarantee as well as a one year warranty to ensure your complete satisfaction.