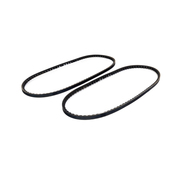 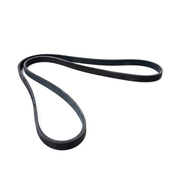 Volvo fashioned out their first vehicle in the 1920’s, bringing them into the auto industry as a dependable and ambitious leader, from its foundation. Ever since that first Volvo came off the line, the brand has extended their product line and parts, from a once small time city community, into an elite auto market chief and manufacturer of vehicles, and more particularly, drive belt parts and components. A faulty drive belt means an out of order Volvo. The drive belt, also recognized as a serpentine belt, gives power to many components in the vehicle, like the power steering, water pumps, alternator, and air conditioning. These drive belts, which are frequently made from synthetic rubber can become worn out or slide away from the connected pulleys, forcing a domino effect of problems to occur simultaneously. Drive belts help to control and convey energy from the crankshaft pulley to the pulleys on your Volvo’s numerous motor powered parts, allowing just enough tension to circulate the pulleys at the appropriate speeds in order to power them. The drive belt also allows for a consistent and even amount of tension on the pulleys with the help of an automatic belt tensioner. But if the grooves on the drive belt become worn out, the belt then sits loosened or the engines oils can get the belt slippery. This in turn will force the drive belt to pull away and off of the pulley system. If you have questions concerning Volvo’s drive belt parts, as well as general parts or components, the FCP Euro team and website are always accessible.

Regrettably, your drive belt seldom gives out any warning signs or symptoms of being worn beforehand. Whether the issues reside in your Volvo Drive Belt Tensioner or Volvo Drive Belt Pulley, FCP Euro has the parts. Sure, rubber belts can show signs of cracks or being worn out on site, which indicates it needs to be replaced, but belts made of EDPN do not usually give off any of these warning signs. In some instances, your Volvo drive belt will start to squeal pointing directly to a tension issue. This irritating sound means to should inspect the automatic tensioner or accessory pulleys immediately. It is universal knowledge that a drive belt will hold up to a minimum of 50,000 miles and today’s rubber belts can hold up to about 80,000 miles. While the most advanced and modernized belts made of EDPM can put in over 100,000 miles. Since a drive belt can become worn out without warning, it is a good idea to replace the belt at the 60,000-mile marker in order to steer clear of abrupt belt failure. A weak or faulty tensioner can also necessitate replacement at that marker. FCP Euro's knowledgable and skilled call center team is reachable for any support or questions you may have. If you are not absolutely sure about which drive belt part or component is vital to your Volvo, FCP has a widespread inventory for the Volvo brand. Check out the FCP Euro website for all products, as well as our repeatedly updating inventory. If you have questions, would like to put in a phone order, or just have feedback, do not hesitate to give FCP Euro a call at 1-860-388-9001 to connect with our service friendly team.