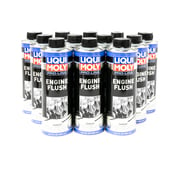 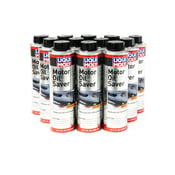 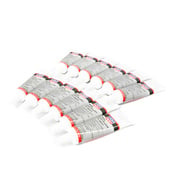 The ultimate tire and wheel cleaning kit with tire dressing

A useful kit to get any vehicle ready for winter driving

The Audi Fox (not to be confused with the Volkswagen Fox) is the name given to the North American models of the B1 generation Audi 80, sold here for the 1973 through 1979 model years (although this generation of 80 was sold in Europe from 72-78). The Fox is either a two door or four door sedan, has a 4 cylinder engine, and is front wheel drive. The Fox had MacPherson strut front suspension, and a C-section beam axle with trailing arms and Panhard rod in the rear. Originally the engine displacement was 1.5L and it produced 55 horsepower; later versions came equipped with an 83 horsepower 1.6L engine. There was also a styling refresh midway through the production of the Fox (referred to as a facelift in the automotive industry) at the same time the new engine came around, which modernized the look of the front end of the car most notably changing over to square headlights to more closely resemble the newly introduced Audi 100. The Audi Fox provided a level of economy with its small size and fuel sipping 4 cylinder, and was a good alternative for some to the American cars available at that time. The Audi Fox is also related to the popular Volkswagen Dasher, which was not much more than a restyled and rebadged hatchback version of the Fox.

Here at FCP Euro, we would like to help you keep your Fox on the road for as long as possible. Whether you need to preform basic maintenance or major mechanical repairs, our Audi Fox catalog provides you with the parts you need to help you get the job done right the first time. The next time you find yourself searching for Audi Fox parts, remember that all of FCPs parts are covered by a quality and fitment guarantee to ensure your satisfaction, whether you chose Fox original parts or a cheaper aftermarket parts solution. Your classic Audi has already made it this long, treat it right to make sure it can continue to bring you years of future enjoyment!