Showing 1 of 1 results
▾
Filter by
▾
Sort by 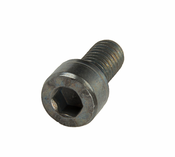 The pressure plate is usually included in a clutch kit, which often contains the pressure plate, friction disc and spring damper. Be sure to inspect all these items when servicing as it is common to replace all of these components when replacing/servicing the clutch.

The 200 Quattro has racing heritage and became the first four wheel drive car to win the East Africa Safari Rally. Audi also entered the 200 Quattro in the Trans-Am Series and was part of Group 44 Racing. The Audi 200 Quattro dominated rally races taking a dominating lead in many of the races. The 200 Quattro was the last car Audi put into a rally race on a global scale because of the high expense.The Audi 200 Quattro used a strong 20-valve turbo engine making it possible for the 200 to hit sub 7 second 0-60 times. The 200 Quattro is arguably the vehicle that brought recognition and awareness of the Quattro system being one of the best all-wheel drive systems in the business. At the time there was hardly any car manufacturer able to produce the grip of the legendary Quattro system making it a fierce rally competitor.

FCP Euro offers free shipping over $49, a hassle free unlimited returns policy, lifetime warranty on all products they sell, and an in-house call center dedicated to helping customers with their repair and purchase needs.