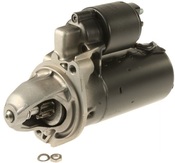 A Mercedes-Benz SLK230 is a fun to drive compact roadster that was initially designed to compete with the Porsche Boxster and BMW Z3. The SLK-Class was launched in Europe for the 1996 model year and was built on the R170 platform; with the SLK being available in the US for the 1997 model year. One of the cool features of the SLK was the retractable hardtop, which was one of the first modern hardtop convertibles. A Mercedes-Benz SLK230 is compact, light and sporty giving you the ultimate combination of driving excitement. The SLK-Class was largely successful and filled a void in the roadster market, between the years of 1996 to 2004 there were over 311,000 SLKs sold. The retractable hardtop roof is known as the Vario Roof that consists of a folding steel hardtop that is divided in half along the direction of travel. With just a push of a button the hydraulic system goes into action with five cylinders in place to control the automatic convertible. When the SLK230 was first introduced this was one of the stand out features since a hardtop convertible roof design was not common and didnt exist previously in the compact roadster class. In 2000 the Mercedes SLK230 received a facelift including redesigned front and rear bumpers, body colored side skirts and new mirrors with turn signal indicators. The Mercedes SLK230 came with a 2.3 liter supercharged four-cylinder engine as the only power plant option, producing just under 200 horsepower. In 2005 the SLK-Class was totally redesigned with the introduction of the sleek R171 chassis.

Dont waste time searching for car parts on websites that arent tailored to European specific vehicles. Look to FCP Euro for all your European car part needs, weve been in business since 1986 providing our customers with only the best in replacement auto parts. Save a trip to the store and shop online, view out Mercedes-Benz SLK230 parts catalog to find a large selection of replacement auto parts and SLK230 accessories online. FCP Euro the first choice for the Mercedes SLK230 enthusiast. Perform the job right the first time with quality parts from FCP Euro that are guaranteed to fit perfectly.