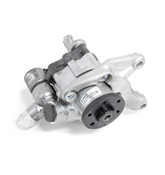 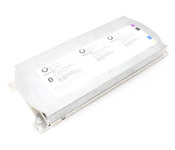 The E82 or E88 135is is a special production model that was produce for one model year. It features several enhancements over a traditional 135i and has significant improvements in critical areas over a standard issue 135i. FCP Euro carries a wide array of parts for the 135is to endure that you can keep your Ultimate Driving Machine in ultimate condition. FCP Euro carries an array of Genuine, OEM, and aftermarket replacement parts along with performance parts to ensure that your 135is can outperform the way that it came from the factory.

Generations of the 135is

The 135is was offered in both coupe (E82) and convertible models (E88) for model year 2013. The 135is features a modified version of the powerful N55B30 twin scroll turbocharged engine which puts out 320 horsepower and 317 lb ft of torque. In addition to added power the 135is features enhanced cooling capacity via an upgraded cooling system featuring a more powerful radiator fan and an auxiliary radiator. Cosmetic enhancements that separate the 135is from regular 135i models include an M Sport aero package. Performance of the 135is is very similar to the ever popular 1 Series M. The 135is features a 6 speed manual transmission or options M Double Clutch 7-speed transmission.

The 135is is the epitome of what makes BMW the Ultimate Driving Machine. FCP Euro embraces this by offering a wide selection of quality replacement parts from BMW, OEM manufacturers, and the best aftermarket manufactures. In addition to replacement parts FCP Euro also prides itself on offering a selection of the best performance parts available for the 135is. The 135is along with all other BMWs are reliant upon their well-engineered suspension. FCP Euro carries a wide array of suspension parts from name brand manufacturers to ensure you can keep your 135is well maintained and handling its best. FCP Euro carries and stocks all major mechanical parts for your 135is including engine mechanical and engine electrical parts. Along with a comprehensive and expanding replacement parts program for your 135is FCP Euro also features a Genuine BMW parts index that allows you to search by part number.