Oops! We couldn't find "" for your vehicle

Here's what we found for "" site-wide 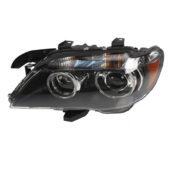 Audi is an internationally known auto brand that creates some of the best vehicles with luxury based features, in Germany. Their elite standards are added into every one of their vehicles and products, and even their clutch parts and components. Your Audi’s manual transmission has a clutch that transfers energy to a selected gear through your shifter. By following the gear patterns, you are able to choose any gear for forward momentum or reversing. An automatic transmissions shifts gears by using fluid and pressure on its own. Clutches also have their specific warning signs when something becomes faulty or gets hung up or slips. In order to check for them, first drive your Audi up a hill that has at least a 30-degree incline. Speed up the hill as you usually would, by beginning in first gear then into second. Keep it in second gear, gradually going faster until you get just below the highest RPM. Look for clutch slippage, which is the engine revving higher than usual. This will point to a worn clutch disc. Next, drive on the freeway and shift as you usually would from the lowest gear to the highest. Just as you let the clutch out to get into the next gear, look for a slight shimmy or even a heavy shudder when engaging the clutch. A pressure plate with worn out springs will not allow solid contact with the clutch disc and force a vibration throughout your Audi’s frame. This warning sign, known as "clutch chatter," has to be fixed replacing the clutch, pressure plate and throw-out bearing. All of the aforementioned components are usually sold altogether in a clutch kit. In addition to the clutch components of the transmission you may also need to replace the clutch master cylinder and clutch slave cylinder which control the hydraulics of the clutch. In addition flywheels can wear out with age causing vibrations and chattering of the transmission. FCP Euro has huge collection of Audi clutch parts and components, as well as all of your Audi’s general parts.

You should also keep an ear out for sounds coming from the area of your Audi’s transmission gearbox. The throw-out bearing uses spring force to push your clutch disc onto the pressure plate. The throw-out bearing relies on bearings; once the bearing dries up and becomes faulty, this can result in a rattling noise while in neutral. A broken throw-out bearing will stop the clutch disc from correctly mating with the pressure plate, allowing no clutch engagement. Smell the air for any odor that resembles a burnt clutch after a full day of driving around. The smell will resemble a hot, stale odor, brought on by the burning of your asbestos material in the clutch disc. Burnt clutch discs will also chatter and slip regularly and sometimes even do both. FCP Euro's outstanding and trained call center team is always ready and willing to help out with any support or questions you have. If you would like information to help find out which clutch part works best in your Audi, FCP has a colossal inventory for the Audi brand. Check out FCP Euro’s website for all products, as well as our continuously updating catalog. If you have questions, would like to put in a phone order, or just have feedback, do not hesitate to give FCP Euro a call at 1-860-388-9001 to connect with our service friendly team.